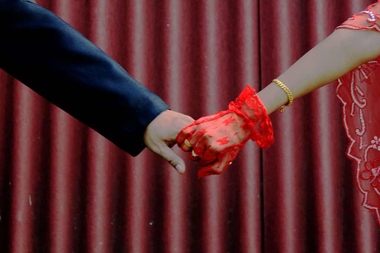 The Revelation John received was sent as a circular letter along a logical postal route through Asia Minor which started at the bustling city of Ephesus, moving north to ancient Pergamum, inland through Thyatira, and southeast to the wealthy city of Laodicea.  This letter contained a prophecy from Christ to these seven churches to comfort them during the tyrannical reign of emperor Domitian (AD 90-92), to correct their perspective in their fight against evil, and to charge them to remain faithful to Christ. There is a reward for those who remain loyal to the end!

Pergamum was a magnificent ancient city which exited from the springs of civilization in Asia (around 500 BC).  This city set on a hilltop overlooking the Caicus plain below.  Pergamum (modern-day Bergama) lay about 55 miles north of Smyrna, inland from the Aegean coast.  The archaeological findings in this great city are rich in religious artefacts, including statutes and temples of Zeus, Athena, Dionysos (Baccus in Roman mythology), and especially Asklepios, the god of medicine, whose cult was strong and accounted for the prestigious school of medicine in Pergamum. Asklepios’ serpent was a prominent brand in the city, displayed on many of the coins pressed there.

Apart from the medical school, the city was famous for its vast library, university, big parchment industry and the large amphitheatre overlooking the valley.  It was also a strategic Roman stronghold and inland regional administration, boasting the first Asian temple of the Imperial Cult in honour of Augustus (AD 29).

In this ancient citadel which worshipped Domitian as king and lord, valued entertainment, education and science, was a vulnerable church who received this letter of comfort and correction, a charge to not compromise of their devotion to Christ in word or in deed (Revelation 2:12-18).

The Revelation of Jesus Christ (2:12).  Christ is revealed as the one among them with the sword – sharp and double-edged.  This description of Christ’s character in the judgment of the world, and in particular the church, occurs seven times in Revelation (Rev. 1:16; 2:12, 16, 35; 6:8; 19:15, 21).  Roman officials had the right to carry this sword – and with it the right to life and death.  Christ here implies that his judgment can lead either to life (salvation through repentance) or death (judgment if the accused does not repent) – the reader or hearer must choose.  This brief revelation of Christ among them sets the stern tone of the rest of this short letter.

Commendation (2:13).  As in the previous two letters, Christ comforts the church by his awareness of their works and world. “I know your works, and where you dwell – where Satan’s throne is.  Yet you hold fast to my name…” Christ honours their “works” of witness, their allegiance to him (“my name”), as well as holding on to “my faith” – true Christian faith undefiled by other religions. This is praiseworthy in a city dedicated to the worship of Domitian who claims to be sovereign king and lord of all (“where Satan’s throne is”), along with all the other gods.  Their confession and faith are pure in a defiled city.

Jesus mentions the martyrdom of Antipas. Being the regional seat for Roman administration, Pergamum held the court which tried rebellion against Rome.  Where the accused was found guilty, an opportunity was given time to repent or face immediate execution by the Roman proconsul.  Antipas refused to worship Nero during his reign (AD 54-68) and was tried before the proconsul at Pergamum.  He refused to recant his oath that “Jesus is Lord” and was executed in the cruel and unusual way of being burned to death in a brazen bull-shaped altar designed to cast out demons.  The goal was to intimidate the church, but Christ commends the Pergamum believers for remaining faithful to him despite these horrific trials.

Condemnation (2:14-15). Yet the believers in Pergamamum started to compromise. “Some (held) to the teachings of the Balaam”, a non-Jewish prophet who had a tremendous impact on Israel during their Exodus (Numbers 22-25; 38:8,16), and his influence remained a snare even to the New Testament church (2 Peter 2:15; Jude 1:1, 11; Revelations 2:14). I’ve written on “The Error of Balaam” before. Still, I will summarise here: Balaam was an extremely gifted man of God who could hear and speak the pure words of God accurately, but he led an independent lifestyle.  With his mouth, Balaam worshipped the God of Israel, but he lived his life like the immoral Canaanites “who ate food sacrificed to idols and committed sexual immorality” (2:14).  The “teachings of Balaam” was that God’s people are chosen, holy and saved in God’s eternal covenant and therefore, nothing can change that reality – not even their sensual lifestyle.

Christ implies there were groups within the Pergamum church which worshipped and associated with the church but chose to blend with the rest of the population by participating in their pagan, secular feasts to avoid social and economic isolation and persecution.

Secondly, Christ condemns “those who hold the teachings of the Nicolatians” which the Ephesian church hated (2:6).  Not much is known about this sect, apart from what we can derive from the name: “Nico” means conqueror, “laity” refers to the ordinary people.  It seems that in the Pergamum church, some asserted power in the world’s way, who claimed rights and privileges with power over others in an undue way.  As in the gospels, Christ condemns this style of leadership – “the greatest among you become as the youngest, and the leader as one who serves” (Luke 22:24-28).

Warning (2:16).  Christ charges the church to “Repent”, or else he will “soon make war against (them) with the sword of his mouth”.  This is strong language, a stern warning hinting to the judgment against the 24’000 “men who were joined with Balaam” (Numbers 25:5).  The reason is that the church is Christ’s witness of his kingdom – a living community that displays what he and his coming Kingdom are like.  Therefore the compromise of Balaam (right professing but immoral living) and the compromise of the Nicolatians (abusive leadership misrepresenting Christ’s character of loving, servant leadership) is a wrong witness of who Christ is and what his kingdom is like.  This congregation, although professing right, have some who lived like the world they are in. Their witness is compromised, and Christ calls them to repent or be removed.

Promise (2:17).  To the one who conquers Christ will give of his “hidden manna” (referring to the manna preserved in the ark of the covenant Exodus 16:33-34) – a sign of God’s providential grace.  Also, the promise of “a white stone with a new name written on it, known only to the one who receives it.” This white stone, a tesseron, was customary given to special guests invited to partake of feasts in the pagan temple at Pergamum – consisting of the meats offered to the idols.  This tesseron would bear the secret name of the deity represented by the god, revealed only to the recipient. Christ’s promise of the “white stone” implied an invitation of intimate communion with him – even now.  And this invitation is “to all who has an ear to hear.”

But what should this church overcome?  The spirit of compromise – the seduction to worldly sensuality (of Balaam) and power (of the Nicolatians).  The tendency to think that mere cognitive faith (agreement to Biblical truths) results in right-standing with God.   Christ desires a renewed heart resulting in holy living as a witness to his kingdom.

Many writers have noted that “Pergamum” comes from the Greek word “gamos”, meaning marriage.  This church professed to faithful to Christ but was married to the world regarding power and pleasure, according to the culture in which they lived.
Like the ancient Greeks in Pergamum, we too live in a world which values pleasure, power, scientific progress and independence.  The invitation to us today is clear: to recognize where we, the church, are “married to the world” in this regard, and repent.
Turn your heart, that you too may share in the intimate pleasures of Christ reserved for those who live devoted to him.

21 thoughts on “The End? No more Compromise.”