I love this image of the St Patrick’s Cathedral standing between tall sky-scrapers in New York City:  a sanctuary for God in a busy, godless city.  Here the broken-hearted can find their Comforter and the oppressed their Deliverer.  Here the lonely can meet their Friend, the sinner can find Mercy and the troubled can find Peace. Here New Yorkers can escape the business and noise of the city and hear the still voice of God. And here the Creator of the universe can meet his beloved creatures and receive his rightful worship.  This is a church – the House of God.  And this image reminds me of a sermon I heard in 2002 by Fred May – a message that has not left my heart.[i]

The House of God had such a prominent place in the heart of king David amidst the business of his demanding life.  This beloved shepherd-king of Israel was a general of an active army, the ruler of a vastly expanding kingdom, a husband of several wives and a father of many children.  David was a brilliant architect, a skilful musician, songwriter and poet, as well as a prophet.  David’s life was not free from disappointment and pain: his childhood was marked by paternal negligence and sibling rivalry; his youth was celebrated by heroism which caused him to be hunted down and exiled by a jealous monarch; he buried (at least) three of his own children; and he experienced severe betrayal during the revolt lead by his own son Absalom who sought the crown.  But David was not without fault either: the Scriptures clearly record moments of rage and pride, an adulterous affair with Bathsheba and the murder of her husband Uriah, as well as David’s passive fatherhood which lead to violent incest, murder and eventually the revolt lead by his son Absalom.

But amidst these moral and ethical failures David was “a man after [God’s] own heart” (Acts 13:22) – why?  This phrase from the famous Shepherd-psalm reveals why: “Even though I walk through the valley of the shadow of death, I will fear no evil… Surely goodness and mercy shall follow me all the days of my life, and I shall dwell in the house of the LORD forever” (Psalm 23:4-6).   Although this iconic king had the affection and even heroic worship of the people, the respect of both his army and his enemies, all the wealth and pleasures he could dream of, David had a zealous passion for the House of God more than anything this world could offer (Psalm 69:9; compare John 2:17).  Especially during times of hardship, during his days of exile from Israel, David would long for the comfort and security he experienced alongside other worshipers in the House of God.  And that was the key to David’s enduring legacy.

David really experienced the house of God as a special place where he met with God – alongside other believers.  What do the Psalms reveal of his experience in God’s house?

First, we read that David experienced something special in the House of God (although it was a tent in his days!) –  he experienced favour (a benevolent attitude) before God and mercy (undeserved goodness) from God towards him.  [Psalm 5:7]

Secondly, David experienced real security and strength in God’s House [Psalm 27:4-6]. While hiding in the wilderness, in caves from King Saul David longed to be in God’s House – because there in God’s presence he felt safe and secure.

Fourthly, for David the House of God was a place of fellowship and friendship – a place where deep bonds were formed in the presence of God [Psalm 55:12-14].  In Psalm 55 David laments in anguish how he had been betrayed by Ahithophel, his friend and wise advisor who had defected to Absalom’s insurgence.  But we read that the worse part of the betrayal for David was that they “used to take sweet counsel together; within God’s house [they] walked in the throng.” (verse 14).

The fifth thing we learn about David’s observation of those who love the House of God is how they live a long, healthy and productive life as recorded in Psalm 92:12-15:

“The righteous flourish like the palm tree and grow like a cedar in Lebanon. They are planted in the house of the LORD; they flourish in the courts of our God. They still bear fruit in old age; they are ever full of sap and green, to declare that the LORD is upright; he is my rock, and there is no unrighteousness in him.”

I know several old people who love God and His House, and although they grow old but their spirits remain young.  They remain joyful and friendly, full of life and faith.  Truly, God renews their youth!

The sixth thing we note in Psalm 122 is that David and his decedents remained faithful to the House of God for the goodwill of the nation; i.e. their worship of God in the House of God resulted in God’s blessing on their kingdom.  The same remains true today: to see the Kingdom of God come and extend in our nation, our devotion should be to the House of God.

Lastly we read how David loved the house of God because it was God’s Home – “a resting place for God” [Psalm 132] – a place where His name was revered, where He could receive the worship due to Him.  A place where people could meet him away from the business of everyday life.  David knew that “the earth is the Lord’s and the fullness thereof” (Psalm 24:1), and that God fills the whole expanse with His presence.  But although God is omnipresent, His House is the one place that is set aside for Him – a place that is sanctified for Him and his worship.  “God’s name is blasphemed among the nations” (Romans 2:24), yet in his House, among His people, he is revered.  It is His “resting place.” 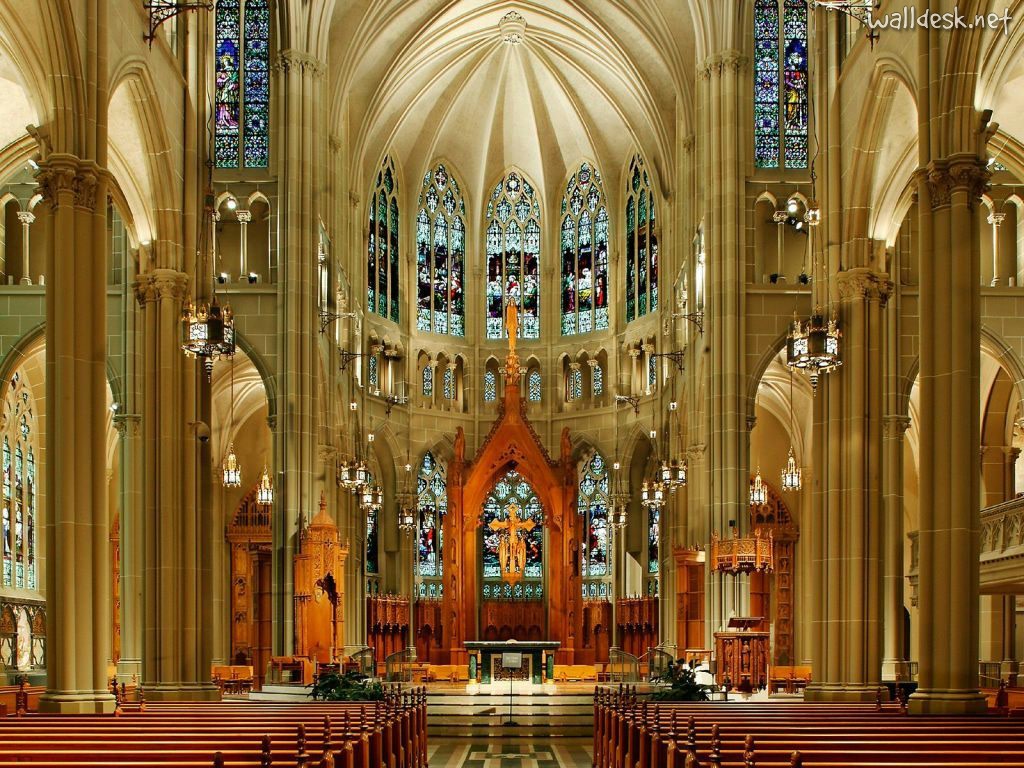 This passion for God’s house kept the shepherd-king up at night, especially once his wars had ceased, his enemies were conquered and he was crowned king over Israel, ruling from his beautiful palace in Jerusalem.  One night he called Nathan the prophet to share his burden and dream to build God a Temple – a structure which will host and display the greatness and glory of God: “Now when [David] lived in his house and the LORD had given him rest from all his surrounding enemies, he said to Nathan the prophet, ‘See now, I dwell in a house of cedar, but the ark of God dwells in a tent…’” (2 Samuel 7:1-2)  The Lord’s reply was so telling of his honor for David’s love for the House of God; God said that because David had it in his heart to build Him a house, he will reward him with the following (2 Samuel 7:9-16):

And the Scriptures reveal that these all came to pass; although God did not permit David to build God’s temple because of his reputation of war and bloodshed, God clearly honoured and rewarded David’s passion for his House, amidst all his business and success.

But God is no respecter of persons – how he honoured David because of his love for God’s house, so he has honoured countless others who “had it in their heart to build God a house”.

Amidst the business of life, the terrors of our times and the delights this world offers, what priority does God’s house – the assembly of his people – have in your heart?  When you go through hardships or when you can’t fall asleep at night, does your flights of fantasy take you into the house of God where God’s presence meets God’s people in worship? Can you pray with this psalmist?

“How lovely is your dwelling place, O LORD of hosts!  My soul longs, yes, faints for the courts of the LORD; my heart and flesh sing for joy to the living God.  Even the sparrow finds a home, and the swallow a nest for herself, where she may lay her young, at your altars, O LORD of hosts, my King and my God.  Blessed are those who dwell in your house, ever singing your praise! For a day in your courts is better than a thousand elsewhere. I would rather be a doorkeeper in the house of my God than dwell in the tents of wickedness.”

[i] Fred May of the principle pastor of Shofar Christian Church in Stellenbosch, South Africa – www.shofaronline.org